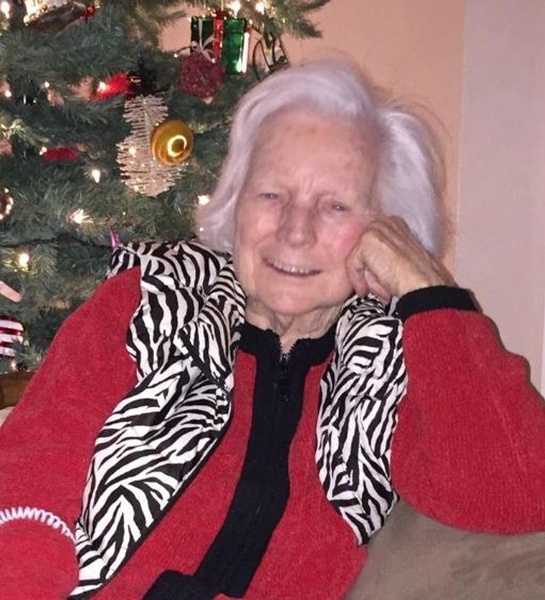 Marie G. (York) Barry, 92, died peacefully on Tuesday, January 4, 2022, at the LifeCare Center of West Bridgewater. Born and raised in South Boston, she was voted the "Most Perfect Baby in Boston" for 1931. She was a graduate of Gate of Heaven High School. In 1950, she married James L. Barry and together, they raised 8 children and enjoyed 49 years of marriage before his passing in 1999. She was a longtime resident of Stoughton before moving to The Branches of North Attleboro in 2017. In addition to raising her family, she worked as a telephone operator at New England Telephone in Boston. Marie was a dedicated wife, mother and grandmother whose life revolved around her family. She enjoyed her Disney Trips, celebrating every holiday, especially Halloween, and shopping for her family. In her free time, she enjoyed gardening, crafts, knitting and watching Westerns. Above all, she loved being surrounded by her beloved children, grandchildren and great grandchildren.

The Barry family would especially like to thank the staff of The Branches of North Attleboro for the loving care they provided to Marie.

Funeral will be held from the Farley Funeral Home, 358 Park St., (Rt. 27) Stoughton on Monday at 10 AM followed by a Funeral Mass at St. John the Evangelist Church, Canton 11:30 AM. Visiting Hours Sunday from 2-6 PM. Donations in Marie's memory may be made to the Spina Bifida Association of Greater New England, 219 East Main Street, Suite 100B, Milford, MA 01757.
To order memorial trees or send flowers to the family in memory of Marie G. (York) Barry, please visit our flower store.
Send a Sympathy Card