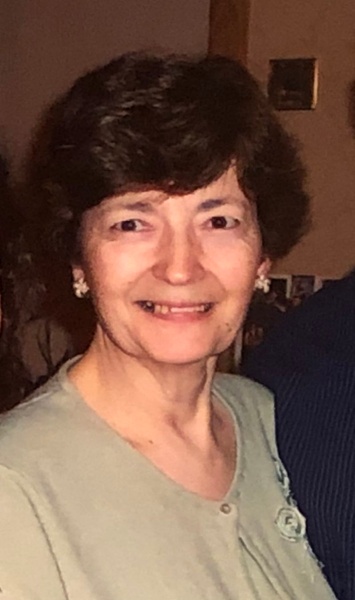 Marilia Rebelo Hirschberger, a longtime resident of Stoughton, died peacefully at home on Saturday, February 9, 2019 with her loving family by her side. She was the loving mother of Dominic C. Rebelo and his wife Erin of West Roxbury. Marilia was born in São Miguel, Azores, Portugal. She served for 9 years in the 3rd Infantry Division of the United States Army. For many years she worked at the Datel Corporation in Mansfield, MA. Marilia was a devout Catholic and had a very strong faith. She was a longtime volunteer at the Council on Aging serving as an interpreter.

Marilia is survived by her grandchildren Maeve and Ambrosio of West Roxbury. She is also survived by her longtime friend Chuck Lynch of Stoughton. She was the daughter of the late Floriano and Lourdes Rebelo. She was the sister of Luis Eugenio, Gabriela, Abel, Antonio Tomi, Isabel Maria, Lourdes, Floriano, Isabel, Jose Francisco, Americo and Leonor. She is survived also by many nieces and nephews.

Funeral Mass Wednesday, February 13th at Immaculate Conception Church, Stoughton at 10 AM. Interment will be at Holy Sepulchre Cemetery, Stoughton, MA. Donation's in Marilia's name may be made to Colon Cancer Coalition, 5666 Lincoln Drive #270, Edina, MN 55436. Or find the tribute page of Marilia R. Hirschberger at www.coloncancercoalition.org.
To order memorial trees or send flowers to the family in memory of Marilia Rebelo Hirschberger, please visit our flower store.