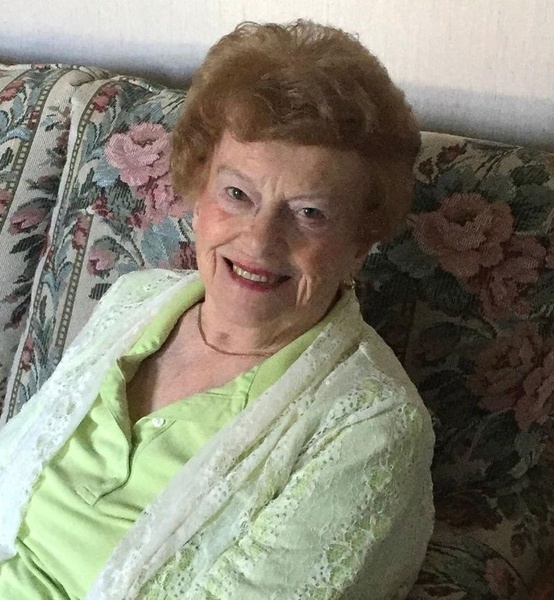 Marion Alma (Glynn) Coughlin, 90, died at Seasons Hospice in Milton on September 30, 2021. Marion was born in 1931 at home in Watertown, MA to the late John F. and Margaret Glynn. A graduate of Watertown High School, she later studied at Bryant and Stratton Commercial School before accepting a position with Gulf Oil in downtown Boston.

In the dance halls of the 1950's, Marion met her future husband, the late William F. Coughlin. More of a talker than a dancer, Bill committed to Marion quickly and together the two married and moved to Stoughton where they spent 64 happy years together. Marion and Bill were regular communicants at the Immaculate Conception in Stoughton.

Marion was an extraordinary and devoted mother to William (Barbara), Joan McGreal (Richard), Maureen Mulvey (Robert), Paul (Carole) and Suzanne. She was a proud grandmother to nine and with joyful disbelief she would, if pressed, admit to being a great-grandmother to 4. Marion's older siblings, Mary and John, predeceased her. Marion possessed a gentle mien, a subtle wit and immeasurable personal strength. She will be remembered most for the countless acts of quiet generosity that helped define a life of grace.

Visiting Hours will be held in the Farley Funeral Home 358 Park St. (Rt. 27) Stoughton, on Saturday, October 9, 2021 from 10AM - 12 PM with Funeral Prayers to be said at 12 PM. Burial will follow at Dry Pond Cemetery, Stoughton. In lieu of flowers donations in Marion's memory may be made to My Brother's Keeper, P.O. Box 338, Easton, MA 02356 or https://mybrotherskeeper.org
To order memorial trees or send flowers to the family in memory of Marion A. (Glynn) Coughlin, please visit our flower store.