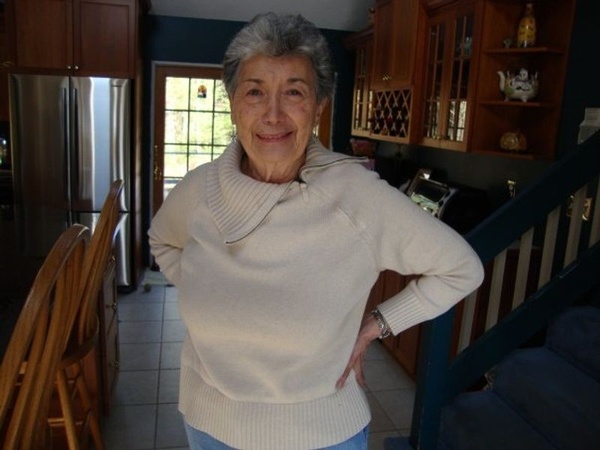 Mary R. (Ardito) Gouvalaris, 90, died Monday, March 22, 2021, at her home in Middleboro, after a period of declining health. She was the beloved wife of the late Steven W. Gouvalaris, and together they shared over 44 years marriage before his death in 2004. Born in Boston, one of 6 daughters of Vincenzo and Susie (Cassetta) Ardito, she was raised and educated in South Boston and Dorchester and was a 1947 graduate of the Jeremiah E. Burke High School in Dorchester. Mary was a resident of Middleboro for the past 15 years, previously raising her family in Stoughton from 1964-2005. She worked as a seamstress for many years and was a member of the International Ladies Garment Workers Union, serving as the Local President for several years. As the area seamstress jobs became scarce, she embarked on her second career, working for the Massachusetts Department of Employment and Training in their Brockton and Quincy offices. Mary was a dedicated employee for over 20 years and continued to work part time even after her retirement. She was a dedicated mother and accomplished cook, with her signature dishes being her homemade ravioli and her fried chicken. In her free time, she enjoyed spending time at local beaches, taking day trips with the Council on Aging, going to breakfast with friends and was fortunate enough to travel to Italy several times. Above all, she enjoyed spending time with her beloved family.

Mrs. Gouvalaris is survived by her children; Vincent S. Gouvalaris and his wife Linda of Mansfield, Gina N. Brown and her husband Stephen, with whom Mary lived with for the past 15 years, of Middleboro, Stephanie Gouvalaris and her longtime companion Chris Haslam of Stoughton and Linda Fiore and her late husband Donald of Plymouth. She was the grandmother of John, Richard and Marisa. Mary was the sister of Susan Hart of FL and the late Rose Nazarian, Frances Martorana, Lucy Grieco and Joanne Menkello. She is also survived by many nieces, nephews, great grandchildren, and friends.

Funeral Prayers will be held in the Farley Funeral Home, 358 Park St. (Rt. 27) Stoughton on Thursday at 11 AM. Visiting Hours prior to the Prayers from 9-11AM. Interment will take place at Evergreen Cemetery, Stoughton. Donations in Mary's memory may be made to Old Colony Hospice, 321 Manley St., West Bridgewater, MA 02379.
To order memorial trees or send flowers to the family in memory of Mary R. (Ardito) Gouvalaris, please visit our flower store.
Send a Sympathy Card