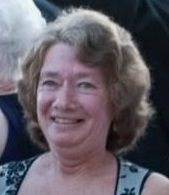 Maureen L. (Powers) Stringer, 64, a longtime resident of Stoughton, died peacefully at Seasons Hospice Inpatient Center in Milton on Wednesday, January 23, 2019 surrounded by her loving family. Daughter of the late Albert V. and Jeanette L. (Vincent) Powers, she was born and raised in Canton and graduated from Canton High School, Class of 1973. She was a resident of Stoughton for over 20 years. Maureen loved helping people and volunteered at the VA Medical Center in Brockton for many years. She also volunteered for the Wounded Warrior Project and many fundraisers with the VFW Post 1645 in Stoughton. She also was active with many fundraisers for sick family members and friends throughout the years.

Maureen is survived by her children, Guy E. Saunders and his wife Maddie of Southbridge, Brandy L. Prime of N. Scituate, RI and Roy E. Stringer of Canton, as well as her grandchildren, Dylan M. Saunders, Alexander S. Prime and Xavier R. Prime. She was the sister of Philip Powers and Jeanette Spence both of Canton, Richard Powers and Larry Powers both of Plymouth, Steve Powers of Bridgewater and Al Powers of Worcester. She is also survived by her companion, John Gomes of Stoughton and her former husbands, Roy Stringer, Sr. and Edward Saunders and many nieces and nephews.

A celebration of Maureen's life will be held from the Farley Funeral Home, 358 Park St. (Rte. 27), Stoughton on Sunday, January 27 from 10 AM – 1 PM followed by a Funeral Service at 1 PM. Interment will be private. In lieu of flowers, donations in Maureen's memory may be made to St. Jude Children's Research Hospital, 501 St. Jude Pl., Memphis, TN 38105 or American Cancer Society's Hope Lodge, 125 S. Huntington Ave., Boston, MA 02130.
To order memorial trees or send flowers to the family in memory of Maureen L. (Powers) Stringer, please visit our flower store.