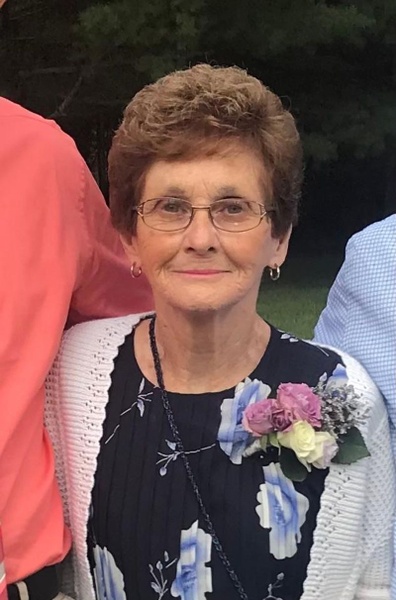 Maxine (Kirk) Geroux, 79, a lifelong resident of Stoughton, died peacefully at Woodlands Alzheimer's of Brewer in Brewer, ME on Monday, February 14, 2022. She was the wife of the late Frederick H. Geroux. Daughter of the late Joseph and Anna (Broderick) Kirk, she was born in Jersey City, NJ, was raised and educated in Stoughton and graduated from Stoughton High School. She was a lifelong resident of Stoughton. Maxine worked for Chadwick's of Boston for over 30 years before retiring in 2009. One of her favorite things was dining out at Town Spa Pizza in Stoughton. Maxine was known for her friendly and outgoing personality and enjoyed spending time with her friends and family.

Maxine is survived by her children, Frederick H. Geroux, Jr. of Falmouth and Heidi E. Pina of Onset. She was the sister of Susan Monk of Bellingham, Diane Monk Vettori of Middleboro and Joseph Brundige of Florida. She is also survived by 11 grandchildren, 9 great-grandchildren and many nieces and nephews.

Funeral Prayers will be offered from the Farley Funeral Home, 358 Park St. (Rt. 27) Stoughton on Monday, March 14, 2022 at 11 AM. Visiting Hours will be prior to the Prayers from 9-11AM. Interment will take place at Knollwood Memorial Park, Canton. Donations in Maxine's memory may be made to the Alzheimer's Association, 309 Waverley Oaks Road, Waltham, MA 02452.
To order memorial trees or send flowers to the family in memory of Maxine (Kirk) Geroux, please visit our flower store.