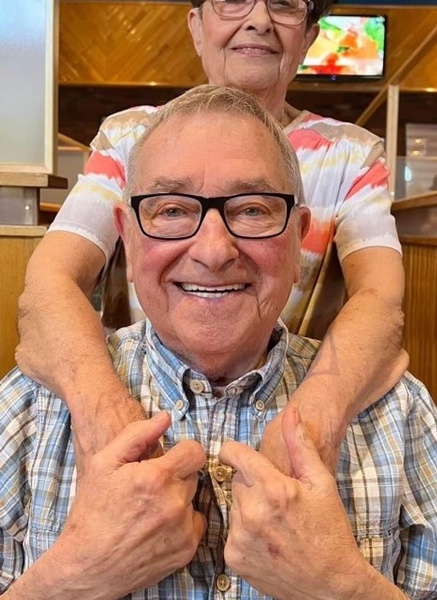 Michael J. Molinari, 82, died Thursday, July 7, 2022, at the Good Samaritan Medical Center in Brockton surrounded by his family. Born in Boston, he was raised in Roxbury and attended Don Bosco Technical High School in the South End in 1958. In 1960, he married Saundra A. Finn at Sacred Heart Church in Roslindale and together they enjoyed over 62 years of marriage and raised three beloved children. They moved to Stoughton in 1966. Mike was a longtime, dedicated member of Carpenter's Local 51 in Boston, serving in several different roles. After several years of working as a Journeyman status Carpenter and Union Steward, he became a Business Agent for UBC Local 51, and later was a Trustee for the Massachusetts Carpenters Training Program (MCTP). He then went on to work as Secretary for the Treasurer of Massachusetts State Council of Carpenters, and then worked as District Representative for the United Brotherhood of Carpenters and Joiners, and ended his career with his final job as Representative for UBC Health & Safety Fund. Mike enjoyed his 22 years of retirement. He was a devoted season ticket holder and fan of the New England Patriots, beginning in 1993. He was a fan of all Boston Sports teams and enjoyed playing golf. He was a loving grandfather and could be found at all of his grandkid's activities and loved spending time with his family around his pool. In his free time, he enjoyed being surrounded by family and friends.

In addition to his wife Saundra A. Molinari, he is survived by his children, Gina M. Finn and her husband John of Centerville, Michael J. Molinari and his wife Janice of West Bridgewater and L. Christian Finn and his wife Melissa of Concord. He was the brother of the late Joseph N. Molinari. He was the beloved Gpa of Emily Shipp and her husband Alex, Nicholas Finn and his fiancé Michaela Bero, Christopher Molinari and his fiancé Colleen Mara, Steven Molinari, Marissa Molinari, Will Finn, Leo Finn and Maggie Finn. He is also survived by his great granddaughter Stella Shipp and several nieces, nephews and cousins.

Visiting Hours will be held in the Farley Funeral Home, 358 Park Street, (Rt.27), Stoughton on Monday, July 11th from 4-7PM. Funeral Mass will be the following day, July 12th, at Immaculate Conception Church at 10:30 AM. Donations in Mike's memory may be made to the Old Colony Hospice, 321 Manley St, West Bridgewater, MA 02379.
To order memorial trees or send flowers to the family in memory of Michael J. Molinari, please visit our flower store.