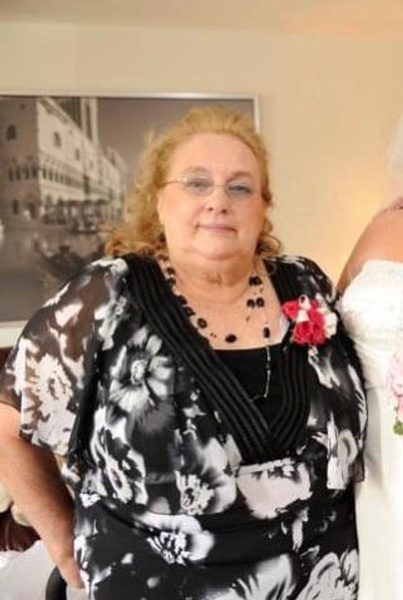 Nancy M. (Merola) Whyte, 84, died Thursday, December 16, 2021, at the Copley at Stoughton Nursing Home in Stoughton after a long illness. She was the daughter to the late Lillian (Baressi) and Gabriel Merola. She was the wife of the late Henry Whyte. She was raised and educated in Hyde Park. Mrs. Whyte was a resident of Stoughton for many years. She worked in the Meat Department at Shaw's Supermarket in Canton for several years, retiring in 1995, and later worked as a nanny for several local families. Nancy was a lover of her dogs Shadow and Juicy, and loved cooking her specialties – chicken soup and meatballs. She enjoyed dining out, traveling to Foxwoods and especially spending time with family and friends by her pool.

Mrs. Whyte was the mother of Joseph E. Whyte and his significant other Kathleen Whyte of Berkley, Patricia A. Marini and her significant other the late Sean Ahern of Stoughton and the late Diane M. Whyte and John H. Whyte. She was the beloved Nana of Stephanie Freedman of Lakeville – whom she helped raised – and her husband Daniel, Matthew Marini, Courtney Whyte, Jake Whyte, Alison Whyte, Jon Jon Kelly Whyte and the late Robert Whyte. She was the youngest of 9 brothers and sisters. She is also survived by her great grandson Julian Freedman.

Visitation will be held in the Farley Funeral Home, 358 Park St. (Rte. 27) Stoughton on Monday, December 20, 2021 from 9:30-11AM followed by Funeral Prayers at 11 AM. Burial will be held at Blue Hill Cemetery 700 West St, Braintree, MA 02184. Donations in Nancy's memory may be made to MSPCA-Angell Attn: Donations, 350 South Huntington Ave., Boston, MA 02130.
To order memorial trees or send flowers to the family in memory of Nancy M. (Merola) Whyte, please visit our flower store.