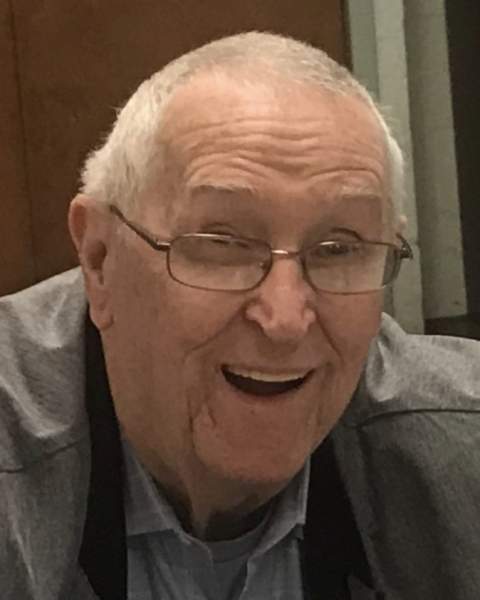 Paul E. Baker, 85, died Thursday, November 10, 2022, at his home in Easton, after a period of declining health.  Born, raised and educated in Dedham, he was a 1954 graduate of Dedham High School, where he excelled in Track and Field. He was a State Champion in the Mile in 1952 and 1953 and also the State Class C Cross Country State Champion and New England Champion in 1954.  In 2008, he was inducted into the Dedham High School Athletic Hall of Fame. Following his graduation, he accepted a full scholarship to the University of Kansas for track and was a member of the track and field team. After Kansas, he entered the US Army where he continued his track career and won the 1959 US Army Cross Country Championship for the 2nd Armored Division at Fort Hood, TX and won several other races for the Army. After his Honorary Discharge, he returned home to Dedham. In 1973, he married Theresa Brady, and together they raised three beloved children. They spent many years in Stoughton, before moving to Easton 6 years ago.  Paul worked as the Purchasing Agent for Picker X-Ray in Stoughton for several years and later for Damon Industries in Needham, until his retirement in 2002. He was a member of the Knights of Columbus in Stoughton and the Randolph Elks. His hobby of running was later replaced by walking and he enjoyed his daily walks for many years. An avid sports fan, he especially enjoyed watching the Patriots with his grandson, Ricky. Paul also loved to dance and was always the first one on the dance floor. Above all, he loved spending time with his family, especially his grandchildren.

In addition to his wife Theresa “Terry” (Brady) Baker, he is survived by his children, Christine A. Laflamme and her husband Rick of Randolph, Matthew P. Baker and his husband Paul Guinto of Florida and Nicole R. Baker and her longtime partner Al Romeiro of Easton. He was the grandfather of Ricky, Casey and Corey Laflamme, Kaitlyn, Colleen, Mackenzie and Hayley Guinto and Jayden and Khloe Romeiro. He was the great grandfather of Madison, Shaniyah, Armani, Gabriel, Evelyn and Joey.  Paul was the brother of Rita Hardy of Maine, John Baker of Walpole and the late Jeanette Freudenburg, Willis Baker, Mary Paton, Katherine Allen and Doris White. He is also survived by many nieces and nephews.

Visiting Hours will be held in the Farley Funeral Home, 358 Park St. (Rt. 27) Stoughton on Monday, November 14, 2022 from 4-7 PM. Funeral will be held from the Farley Funeral Home on Tuesday, November 15 at 9:15 AM followed by a Funeral Mass at Immaculate Conception Church, Stoughton at 10:30 AM. Interment will take place at a later date following cremation. Donations in Paul’s memory may be made to Beacon Hospice, 182 N. Main St., Fall River, MA 02720
To order memorial trees or send flowers to the family in memory of Paul E. Baker, please visit our flower store.