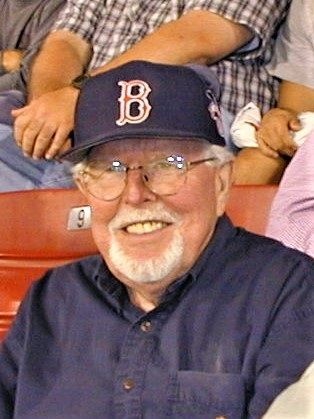 Philip G. Dion, 90, a longtime resident of Stoughton, died peacefully at Good Samaritan Medical Center in Brockton on Wednesday, September 26, 2018. He was the husband of Rita T. (Kelly) Dion for 70 years. Son of the late John C. and Gabrielle (Boisvert) Dion, he was born and raised in Burlington, VT. He then moved to Jamaica Plain and graduated from Boston Trade School. Philip was a Technician Grade 4 in the U.S. Army and a Veteran of World War II, based in Japan, where he was a mechanic who maintained General MacArthur's vehicles. He was a resident of Stoughton for the past 67 years. Mr. Dion was the owner of Esso Gas in South Boston and Islington Gas in Westwood for 30 years. He then was the head of the Farming Equipment Department at Norfolk Agricultural School in Walpole for 20 years before retiring at age 73. An avid Red Sox and Patriots fan, Phil also bred and raced pacer horses throughout New England. He enjoyed aviation, music and reading, especially history books. First and foremost, Phil was unconditionally devoted to his wife and daughters and provided them a loving home, full of comfort, support and happiness. He adored his sons-in-law. Phil had a warm and open heart to all people, even those he simply met in passing, always reaching out with a hand shake and a warm smile. Phil always put others first and his generosity was unending. His kind nature will never be forgotten and he will be sorely missed by family and friends.

In addition to his wife, Philip is survived by his daughters, Andrea R. Dion-Purdy of Attleboro and her late husband David Purdy, Lynette C. Dion of Stoughton and Michele Dion and her husband Gerard Walsh. He was the brother of Rene Dion of Rockland, Alice Beaton of California, Daniel Dion of Millis, Louise Poirier of North Carolina and the late Blanche Wilder, Paul Dion, Bucky Dion and Clement Dion. He is also survived by many nieces and nephews.

Funeral will be held from the Farley Funeral Home, 358 Park St., (Rt. 27) Stoughton on Wednesday, Oct. 3 at 9 AM followed by a Funeral Mass at St. James Church, Stoughton at 10 AM. Visiting Hours Tuesday from 4-7 PM. Interment will take place at Knollwood Memorial Park, Canton. In lieu of flowers, donations in Philip's memory may be made to Neponset Valley Humane Society, PO Box 544, Norwood, MA 02062.
To order memorial trees or send flowers to the family in memory of Philip G. Dion, please visit our flower store.