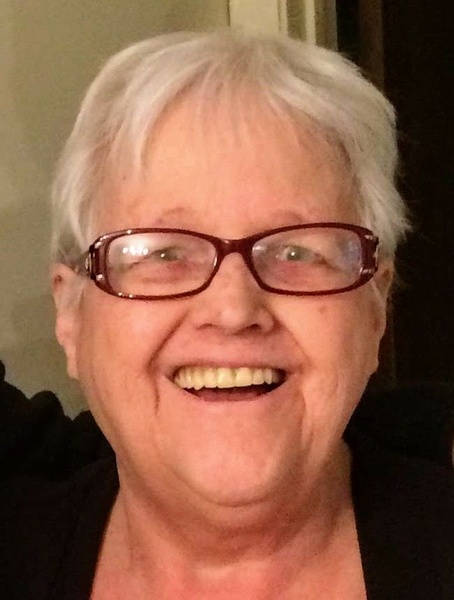 Phyllis Darlene (Boucher) Ward, 75, a resident of Stoughton, died peacefully at Good Samaritan Medical Center in Brockton on Tuesday, July 2, 2019. Daughter of the late Charles E. Boucher and Golda Irene Irwin, she was born and raised in Idaho Falls, ID. She was educated in Idaho Falls schools and attended Eastern Idaho University. Phyllis was a resident of Stoughton for 13 years. She was a seamstress and secretary at Yellowstone Leather of Idaho Falls for over 25 years. She was a devoted grandmother who enjoyed movies, reading, quilting and knitting. Everyone loved her homemade popcorn balls and the grandkids looked forward to making them with her! Phyllis was an inspiration as she had to fight odds her whole life but yet with such positivity! She had cerebral palsy from birth and spent most of her childhood in the hospital. She was told she should never have kids, but she was blessed with 3 children, 9 grandchildren, and several great grandchildren. She adored her family!! She liked to see new places and had a sense of adventure. At the end she was diagnosed with lung cancer but fought that too as so many cheered her on and always with a smile! She viewed life not as a challenge to get over or through, but a journey to be enjoyed.

Phyllis is survived by her children, David Z. Ward and his wife Lisa of Monteview, ID, Angela J. Ward of Colville, WA and Brenda I. Perkinson and her husband Craig of Portsmouth, RI, formerly of Sharon, MA. She was the grandmother of Christy D., McCoy, Colby, Remi, Nicole, Thomas, Chandler, Carter and Aubrielle. She was the sister of Patty Walton of Idaho and the late Coleen Snarr. She is also survived by her former husband and father of her 3 children, Sonne Ward and several great-grandchildren, nieces and nephews.

Funeral Services private. Donations in Phyllis' memory may be made to the Shriner's Hospital for Children, Attn: Office of Development, 2900 N. Rocky Point Dr., Tampa, FL 33607.
To order memorial trees or send flowers to the family in memory of Phyllis D. (Boucher) Ward, please visit our flower store.
Send a Sympathy Card