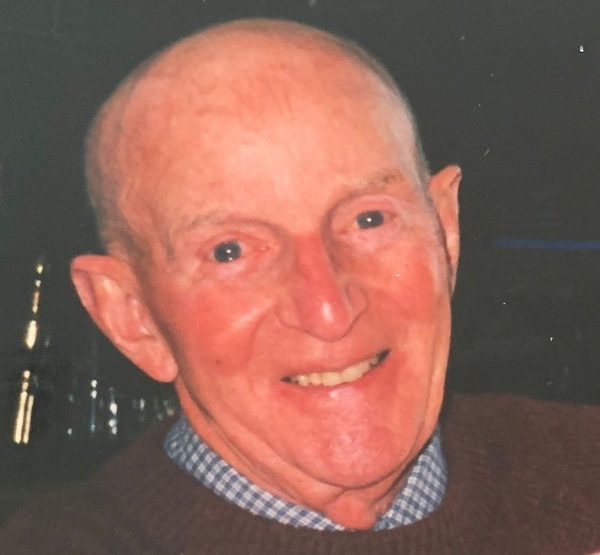 Raymond G. Sweeney, 89, died Friday, January 10, 2020 at the Good Samaritan Medical Center in Brockton after a period of declining health. He was the beloved husband of 65 years of Joan A. (Kelley) Sweeney. Born and raised in Canton, he was a graduate of St. John's School in Canton. Mr. Sweeney was a Proud Veteran of the US Army. He honorably served for almost four years during the Korean Era, including over 2 years overseas and, upon his discharge, returned home to Canton. He was a longtime resident of Stoughton and moved to Easton 15 years ago. Mr. Sweeney was the longtime Administrator for the National Guard Armory in Stoughton and retired many years ago. Ray was an avid sports fan and golfer and member of Easton Country Club. He was also an accomplished marathoner, finishing Boston several times. In his free time, he enjoyed spending time with his family and friends.

In addition to his wife, Ray is survived by his loving daughters; Claudia Weed and her husband Jay of Stoughton and Laura Parks and her husband Ken of North Andover. He was the cherished grampa of Kelley Zarbock, Zachary Weed, Kaitlyn Parks and Erica Parks. He was the brother of Francis Sweeney of Canton and the late William Sweeney, Jr., Anne Hynes, Claire Tillitson, Robert, Paul, Gerry, Charles and Eugene Sweeney. He is also survived by many beloved nieces and nephews.