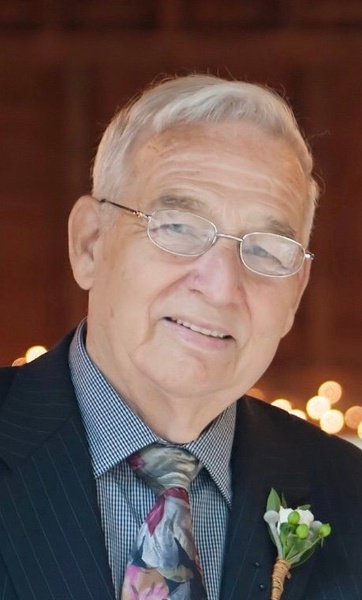 Richard C. Mace, 83, a resident of Stoughton, originally from Dorchester (OFD) died peacefully on Friday, February 8 at the Good Samaritan Medical Center in Brockton surrounded by his loving family. He is survived by his wife Laura (Griffin) Mace to whom he was married to for over 63 years. Richard was born in Boston and graduated from Dorchester High School. Dick worked for many years as a truck driver for Dorothy Muriel's Bakery delivering goods to Brigham's and Star Market. He later worked for Liberty Mutual. "Pa" as he was affectionally known as, was a wonderful family man. He loved Christmas and celebrating the holidays with everyone. In the summer he loved hosting cookouts and spending time down the Cape. He was a faithful patron of Zachary's in Stoughton and was an avid Patriots fan. He was a wonderful dancer and music and dancing was a part of even an ordinary day with family. Dick's famous words to live by were "Happy wife, happy life".

Funeral will be held from the Farley Funeral Home, 358 Park St. (Rte. 27), Stoughton on Thursday, February 14 at 9 AM followed by a Funeral Mass at Immaculate Conception Church, Stoughton at 10 AM. Visiting Hours Wednesday from 4-8 PM. Interment will take place at St. Joseph Cemetery, West Roxbury. Donations in Dick's memory may be made to a charity of your choice.
To order memorial trees or send flowers to the family in memory of Richard "Dick" Mace, please visit our flower store.