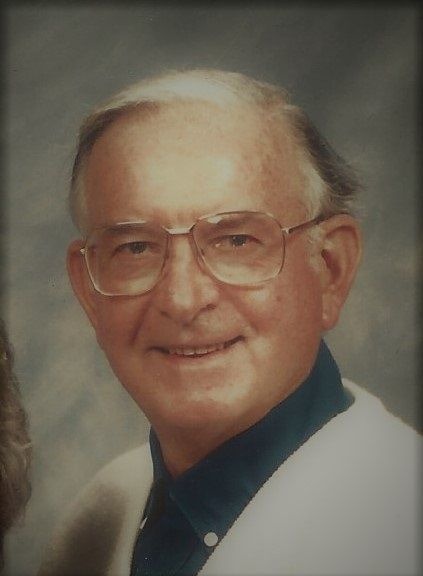 Richard A. Solito, 97, a longtime resident of Stoughton, died at Good Samaritan Medical Center in Brockton on Friday, November 23, 2018. He was the husband of the late Jane S. (Korzeniewska) Solito and the son of the late Michael and Alessandra (Marino) Solito. He was born in Revere and raised in Wollaston.

Richard was a graduate of North Quincy High School. Around that time finding work was difficult and in 1940 he joined the Civilian Conservation Corps. The CCC's was a program under Roosevelt's New Deal to employ young men throughout the country to plant trees, construct trails, fire lookouts and shelters. This helped to shape the modern national and state park systems of today.

After his service in the CCC's, Richard decided to head west in search of job opportunities. On route, he learned of the bombing at Pearl Harbor but continued on and went to Hawaii. He worked there as a civilian and in December 1942, Richard enlisted in the Army Air Corps. He served in the Pacific Theater as a radio operator and mechanic until the end of the war in 1945. Upon return, Richard made use of the GI bill and obtained a bachelor's degree in journalism from Boston University.

His journalism career was colorful and exciting. He covered stories initially in Newport News, Virginia. As a result of his early reporting he landed a role as an extra in the 1952 WWII movie Red Ball Express, playing a German officer. Richard eventually returned to Boston and worked for the Boston Traveler and Herald Traveler. His 20-year career spanned coverage of significant events including the 1960 presidential campaign of JFK. He covered presidential travels in Hyannisport, riots at Walpole State Prison, Governor Wallace's campaign trip to Stoughton, MA as well as State House and City Hall events. Supreme judicial court and US District Court cases were always a favorite. He especially enjoyed spending time at Fenway Park seeking out human interest stories associated with the 1967 Red Sox Impossible Dream Team. He also worked as assistant managing editor for Minuteman Publications in Lexington and retired in 1986 as City Editor for the Fall River Herald News.

Richard was a parishioner at Immaculate Conception Church in Stoughton and member of the Covenant of St. Joseph. He was a VFW member. Richard enjoyed photography, canoeing, sports and gardening. He was an avid reader, writer and history and word buff. His greatest joy in life was spending time with his family. He was an amazing son, husband, father, grandfather, uncle and friend. He will be deeply missed.

Mr. Solito was the father of Marlene J. Pelletier and her husband Paul of Marlborough, Philip A. Solito of Stoughton and the late Richard A. Solito, Jr. He was the grandfather of Richard J. Solito, Steven Solito, Alexander Pelletier and Alessandro Solito. He was the brother of Gloria Fay of Florida and the late Albert Solito, Rosalie Costa and Lucille Solito and is also survived by many nieces and nephews.

Funeral will be held from the Farley Funeral Home, 358 Park St., (Rt. 27) Stoughton on Tuesday, November 27 at 9 AM followed by a Funeral Mass at Immaculate Conception Church, Stoughton at 10 AM. Visiting Hours are Monday from 4-7 PM. Interment will take place at Holy Cross Cemetery, Malden. Donations in Richard's memory may be made to the Stoughton Veteran's Office, 10 Pearl St., Stoughton, MA 02072.
To order memorial trees or send flowers to the family in memory of Richard A. Solito, please visit our flower store.