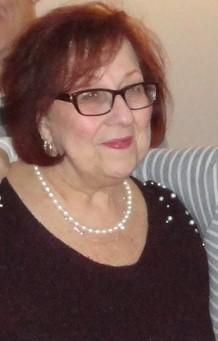 Rita T. (D'Amore) Cohen, 79, passed away on Tuesday, May 5, 2020, at the New England Sinai Hospital in Stoughton, after a period of declining health. She was the wife of the late Elliot "Coney" Cohen. Born in Boston, she was raised and educated in South Boston, graduating from South Boston High School. Mrs. Cohen was a resident of Stoughton for over 45 years. She worked for the New England Journal of Medicine for 58 years, retiring in 2015. Rita was cherished by her family and friends. She left an everlasting impression on everyone that knew her. She was overly generous in all ways possible. In her free time, she enjoyed traveling to Foxwoods and other casinos, shopping and spending time with her loved ones.

Due to the coronavirus pandemic, private family services will be held with a burial at Sharon Memorial Park, Sharon. In lieu of flowers, donations can be made to: American Cancer Society, P.O. Box 22478, Oklahoma City, OK 73123.
To order memorial trees or send flowers to the family in memory of Rita T. (D'Amore) Cohen, please visit our flower store.