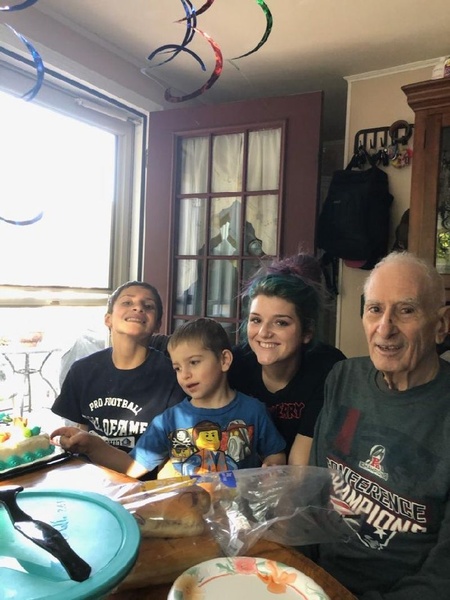 Robert Fasano, 90, died Tuesday, July 27, 2021, at his home in Stoughton, after a period of declining health. Born in Brooklyn, NY, he was raised and educated in several different neighborhoods of Boston, primarily Roslindale, and was a graduate of Roslindale High School. In March of 1952, he joined the US Army and proudly served for almost two years during the Korean Conflict. After his Honorable Discharge, he returned home to Roslindale. In January of 1964, he married Domenica Giannone and later moved to Stoughton. Together they raised four children and enjoyed over 47 years of marriage before her death in 2011. He worked as an Upholsterer at Canton Upholstery in Canton with his brother Frank for many years and retired several years ago. Robert was a devoted husband and father and a beloved grandfather. He enjoyed traveling and made several trips to Europe. He was a baseball fan who enjoyed walking, gardening, watching westerns and, above all, he loved spending time with his beloved family.

Mr. Fasano is survived by his children, Paul Fasano of FL, Peter Fasano of Stoughton, Joseph Fasano and his wife Christina of Stoughton, and Laura Odoardi of Taunton. He was the grandfather of Joseph Fasano, Jr., Daniella A. Fasano, Benjamin Fasano, Jacob Fasano and Nicholas Odoardi. He was the great grandfather of Oscar DeMoranville and the brother of David Fasano of Norwood, Frank Fasano of NH and Rita Smith of Wrentham. He is also survived by several nieces and nephews.