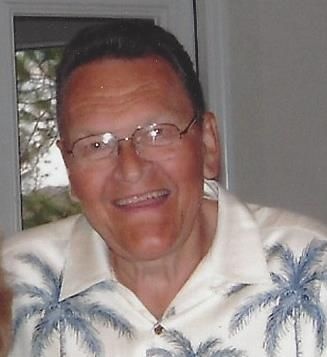 Robert F. Misiewicz, DDS, 82, a resident of Norton, died peacefully at home on Sunday, December 2, 2018 after a lengthy illness. He was the beloved husband of Carol J. (Schneider) Misiewicz for 52 years. Son of the late Felix and Bertha (Slowinski) Misiewicz, he was born and raised in Boston. Bob was a graduate of Boston Latin School, Class of 1954. He earned his Bachelor's Degree from Boston College, Class of 1958 and his Doctorate from Loyola University, School of Dentistry in Chicago, IL, Class of 1962. Dr. Misiewicz served his residency in Oral Surgery at Delaware Hospital in Wilmington, where he met his wife, Carol. He resided in Norton for the past 12 years after living in Easton for 23 years. Dr. Misiewicz was an Oral Surgeon at Southeastern Oral Surgeons, Inc. in Brockton for 35 years before retiring in 2001. He also was a consultant for Blue Cross Blue Shield and Harvard Pilgrim Healthcare for 15 years. He loved gardening and fishing, especially on Martha's Vineyard.

In addition to his wife, Bob was the brother of Joan Kovaly of Dover and the late Irene Grynkiewicz and Eleanor Strug. He is also survived by 15 nieces and nephews.

Funeral will be held from the Farley Funeral Home, 358 Park St., (Rt. 27) Stoughton on Monday, December 10 at 10 AM followed by a Funeral Mass at Immaculate Conception Church, Easton at 11 AM. Visiting Hours Sunday from 2-5 PM. Interment will be private. In lieu of flowers, donations in Bob's memory may be made to Immaculate Conception Church, 193 Main St., N. Easton, MA 02356.
To order memorial trees or send flowers to the family in memory of Robert F. Misiewicz, DDS, please visit our flower store.
Send a Sympathy Card