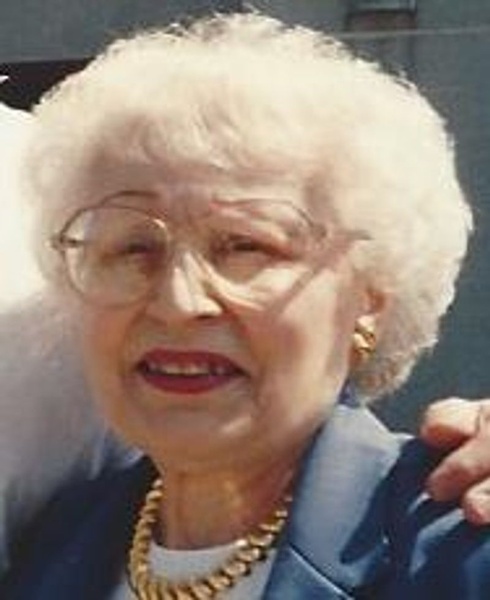 Rosemarie (Affanato) Repucci, 103, died peacefully at home at the Residence at Great Woods in Norton on Saturday, October 23, 2021 with her loving daughter by her side. She was the wife of the late Edmund R. Repucci. Daughter of the late Michael and Josephine (Brunetto) Affanato, she was born and raised in Boston. Rosemarie resided in Canton for several years before moving to Stoughton for over 20 years. She resided in Norton for the past 4 years. She was a dress designer in Boston's West End for several years. She then was a housewife who took care of her husband for several years when he was ill. She enjoyed dining out and traveling but her greatest joy was spending time with her family, especially her grandchildren and great-grandchildren.

Rosemarie was the mother of Janice M. Salamone and her husband Joseph of Middleboro and the late Sharon A. Goodine. She was the grandmother of Derek Parker, Michael Willard, Debra Parker, Craig Goodine and Craig Salamone. She was the sister of the late Teresa Di Luca, Mary Lorizio, Matilda De Angelis, Elena Ashley and Robert Affanato. She is also survived by 7 great-grandchildren and several nieces and nephews.

Visitation will be held from the Farley Funeral Home, 358 Park St. (Rt. 27) Stoughton on Friday, October 29 from 10-11 AM followed by a Funeral Mass at St. Oscar Romero Parish (formerly St. John the Evangelist), 700 Washington St., Canton at 11:30 AM. Interment will take place at Knollwood Memorial Park, Canton. Donations in Rosemarie's memory may be made to Compassionate Care Hospice, 100 Myles Standish Blvd., Suite 103, Taunton, MA 02780.
To order memorial trees or send flowers to the family in memory of Rosemarie (Affanato) Repucci, please visit our flower store.