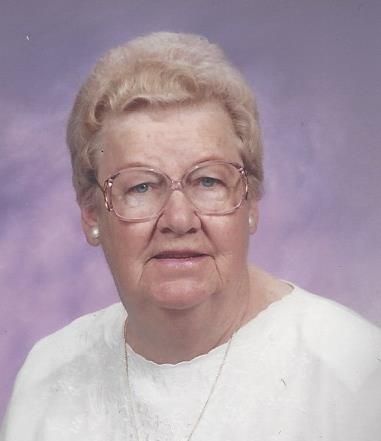 Ruth M. Fleming, 93, a longtime resident of Stoughton, died peacefully at Copley at Stoughton on Friday, July 26, 2019 surrounded by her loving family. Daughter of the late Frederick and Mary (Moriarty) Fleming, she was born in Medford and raised in Brookline. She was a graduate of St. Mary High School in Brookline. Ruth lived in Brookline for many years before moving to Stoughton over 30 years ago. She was a lifelong summer resident of Swift's Beach in Wareham. She worked for AT&T in Boston for many years before retiring at age 56. Ruth was a longtime communicant of Immaculate Conception Church and St. James Church in Stoughton. In her free time, she enjoyed bowling, spending time at the beach and spending time with her family.

Ruth was the sister of the late Frederick Fleming, Jr., Eleanor Buckley and Irene Groark. She was the aunt of Eleanor T. Terry of Stoughton, Mary Alice Cottle of Bourne, Lawrence Fleming of Natick, Theresa Browne of Franklin, John Groark and James Groark both of Walpole, Paul Groark of Townsend and the late Katherine Groark. She is also survived by several great nieces and nephews.

In lieu of flowers, please make a donation to Sisters of Saint Joseph of Boston
637 Cambridge St, Brighton, MA 02135.

Visiting Hours will be held in the Farley Funeral Home, 358 Park St. (Rte. 27), Stoughton on Wednesday from 9:30-11AM followed by a Funeral Mass at St. James Church, Stoughton at 11:30 AM. Interment will take place at St. Joseph Cemetery, W. Roxbury.
To order memorial trees or send flowers to the family in memory of Ruth M. Fleming, please visit our flower store.