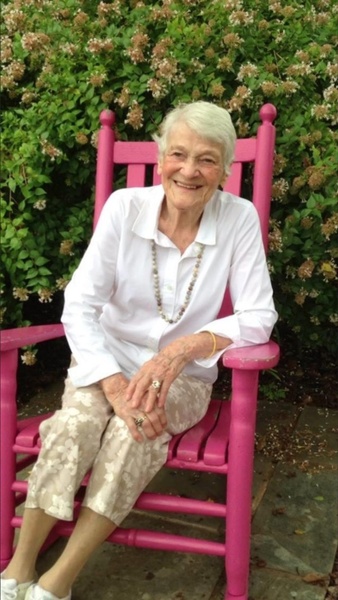 Ruth I. (Houlder) McGovern, 97, of Tega Cay, South Carolina, formerly of Brockton, MA, died peacefully at her home on Wednesday, February 16, 2022, after living a long and rich life. She was born in Raleigh, NC to Montague and Irene (Keene) Houlder. At the age of nineteen, during World War II, Ruth left her home in North Carolina and boarded a train to Boston to begin her nursing career with the Cadet Nurse Corps Program at Massachusetts Memorial Hospital. The Cadet Nurse Corps Program was developed by the United States Public Health Service to train nurses to care for American servicemen. Had the war not ended, she would have been deployed overseas as her mother was during World War I. As a young nurse, she volunteered to care for patients with polio during the epidemic. She worked as a nurse in many locations and during the latter part of her career she worked at Goddard Memorial Hospital in Stoughton, MA.
Shortly after finishing her nursing training, Ruth met and married Eddie McGovern of Beverly, MA. With Eddie's uncanny ability to assign nicknames, and because of her Southern drawl, Ruth would forever and lovingly be known to friends and family as "Reb". Together, they raised their six children and welcomed with joy, their many grandchildren and great grandchildren. Those who knew her found her to be loving, gracious and patient. Ruth was a devoted friend with a sympathetic ear. She was grateful for the simpler things in life and shared her appreciation for the profound beauty in the world.

In her later years, Ruth would often be found working tirelessly in her beautiful gardens. She had a keen sense of humor and delighted in sharing her fond memories of her life as a young girl growing up in the South and while a nursing student. She enjoyed her afternoon coffee and donuts with the Leah Drive girls, iced tea with "extra lemon" and an occasional Southern Comfort Old Fashioned. She found joy and solace in her love of music which extended across many genres. She leaves her legacy of love to her children David, Daniel, Patricia (McGovern) McLellan and her husband Kenneth, Timothy and his wife Hilary, Terence and his partner Christi Derreberry and Janet McGovern and her partner Robert Riley. She also leaves behind her grandchildren Daniel, Maura, Andrew, Sarah, Ben, Teraissa, David, Michael, Sam, Nolan, Annabelle, Gwen and great-grandchildren Addison, Anya, Arlo, Beatrice, Bryce, Fern, Juniper, Kate, Oren, Ryan, Sean, and Sophie who lovingly called her Gram, Grammy, or Mimi. Ruth is also survived by many nieces and nephews, one brother, Montague Houlder and predeceased by sisters Helen Brown, Marguerite Carlsen, Grace Matthews, Charlotte Boyd, and brother Charles Houlder.

Visiting Hours will be held at the Farley Funeral Home, 358 Park Street (Rt. 27), Stoughton on Saturday, February 26th from 9-10AM followed by a private funeral service. In lieu of flowers, you may make a donation in memory of Ruth to St. Jude Children's Research Hospital, 501 St. Jude Place, Memphis, TN 38105 or at https://www.stjude.org/donate.
To order memorial trees or send flowers to the family in memory of Ruth I. (Houlder) McGovern, please visit our flower store.