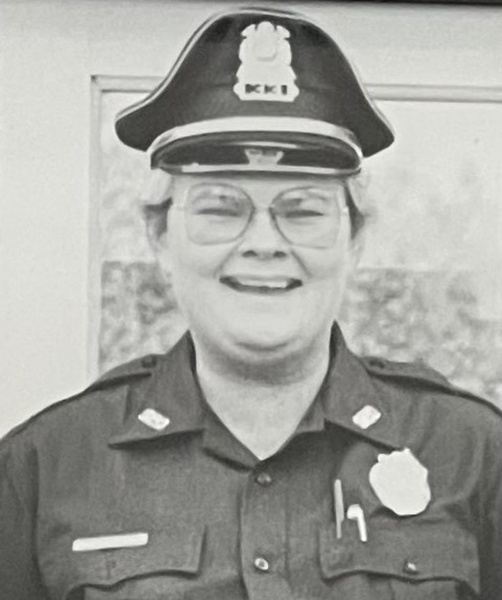 Susan Elizabeth Walsh, 72, a retired Stoughton Police Officer, died at Southeast Rehabilitation and Skilled Care Center in Easton on Sunday, July 25, 2021. Daughter of the late Patrick F. Walsh, Jr. and Evelyn B. (Young) Walsh, she was born in Norwood and raised in Stoughton. Susan was a proud graduate of Stoughton High School, Class of 1967. She was a resident of Easton since 1983. At age 15, Susan began working at King's Department Store in Brockton, eventually working in their Security Department. She then worked security at Hill's Department Store in Canton before joining the Stoughton Police Department in 1981. She was a patrolwoman, court officer and detective during her 28 years with the department before retiring in 2009. She was the first female detective in the Stoughton Police Department and was awarded many commendations for her heroic actions over the years. Susan was a former member of the South Stoughton Civic Association and the Stoughton Auxiliary Police. She was a former Stoughton Town Meeting Representative and enjoyed animals, playing softball and walking her dogs.

Susan was the sister of Cynthia A. Walsh, David M. Walsh, Retired Stoughton PD and Deborah F. Varney all of Stoughton, Patrick F. Walsh, III of East Taunton and the late John R. Walsh. She is also survived by her sister-in-law, Priscilla Walsh of Stoughton and many nieces, nephews, great-nieces and nephews, cousins and an aunt.

Funeral Prayers will be offered from the Farley Funeral Home, 358 Park St. (Rt. 27) Stoughton on Saturday, July 31 at 10:15 AM. Visiting Hours Friday from 4-7 PM. Interment will take place at Evergreen Cemetery, Stoughton. In lieu of flowers, donations in Susan's memory may be made to the Stoughton Police Relief Assn., 26 Rose St., Stoughton, MA 02072 or the MSPCA, 350 S. Huntington Ave., Boston, MA 02130.
To order memorial trees or send flowers to the family in memory of Susan Elizabeth Walsh, please visit our flower store.