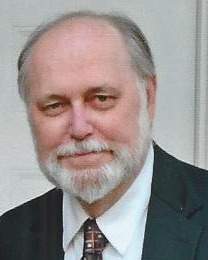 Terry Michael Beadle, 71, a longtime resident of Sharon, died peacefully at Good Samaritan Medical Center in Brockton on Friday, August 26, 2022 surrounded by his loving family.  He was the husband of Linda J. (Couper) Beadle for 50 years.  Son of the late James H. and Frances Jean (Brom) Beadle, he was born and raised in Oskaloosa, Iowa.  Terry was a graduate of Oskaloosa High School, Class of 1969 and earned his Bachelor’s Degree at the University of Iowa, Class of 1973.  After college, he lived in Cedar Rapids, IA for 10 years and worked in television at KCRG before residing in Sharon since 1983.  He was a media specialist at Northeastern University in Boston for 34 years before retiring in 2019.  He enjoyed photography, flying planes, attending country music concerts and traveling, especially to Disney World.

Terry’s greatest joy was spending time with his beloved family, specifically reuniting in Iowa with his siblings and extended family and regularly enjoying pizza with his wife and 3 grandgirls for a sleepover.

In addition to his wife, Terry is survived by his daughter, Karly Marie Graham and her husband Bryan of Easton as well as his granddaughters, Braelyn, Kensie and Campbell Graham.  He was the brother of Dennis Beadle of Iowa Falls, IA, Karen Linville of Oskaloosa, IA and the late Barbara Ide, Oskaloosa, IA.  He is also survived by his Aunt Jane Ann Terpstra, many nieces and nephews, countless cousins, and his beloved dog, Margo.

Funeral Service will be held at the Farley Funeral Home, 358 Park St., (Rt. 27) Stoughton on Friday, September 2 at 11 AM.  Visiting Hours Thursday, September 1 from 4-7 PM.  Interment will be private.  In lieu of flowers, donations in Terry’s memory may be made to Forever Home Rescue, 106 Adams St., Medfield, MA 02052.

To order memorial trees or send flowers to the family in memory of Terry Michael Beadle, please visit our flower store.