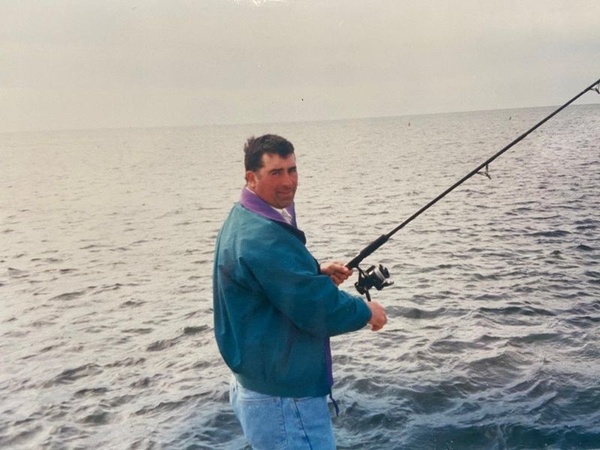 Thomas L. Baeta, age 56, passed away at St. Elizabeth's Medical Center on February 1, 2022. He was the son of the late Jeanne (Russell) and Louis Baeta. Born and educated in Stoughton, he graduated Stoughton High School, Class of 1983. He attended Wentworth Institute of Technology prior to his long career as a construction foreman for over 35 years. Tom will not only be remembered for his strong work ethic, but for the high energy he always brought to any dance floor. Tom enjoyed fishing and going out on the water. He had a passion for dirt biking and grilling in the summer. He will be truly missed by those who knew him.

Tom is survived by his son, Thomas "TJ" Baeta and his fiancé Hannah Bethune of Danvers; and daughter, Heather Baeta of Quincy. Additionally, he leaves behind his longtime companion, Juanita Edwards of East Bridgewater; his brother, Donnie Baeta of Taunton; and the mother of his children, Lynne (Neilsen) Baeta of Falmouth. He was predeceased by his brother, Ronnie Baeta.

Visiting hours will be held at the Farley Funeral Home, 358 Park Street (Rt.27), Stoughton, from 1:00 to 3:00 PM on Saturday, February 12, 2022 followed by a Funeral Service at 3:00 PM. In lieu of flowers, donations in Tom's memory may be made to The Foundation for Alcoholism Research (FAR).
To order memorial trees or send flowers to the family in memory of Thomas L. Baeta, please visit our flower store.