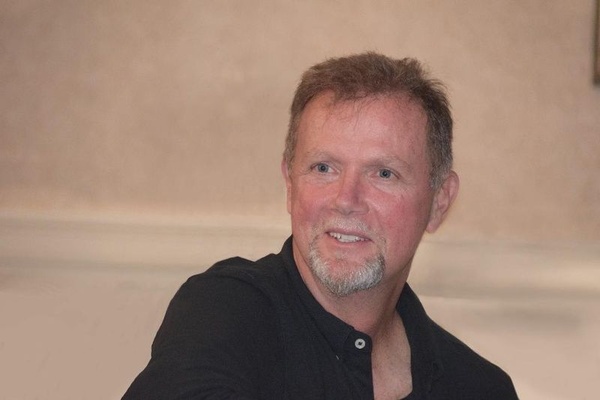 Timothy Francis Cuthbert, 61, passed away at home surrounded by his loving family on Friday March 13th, 2020. Tim is survived by his loving wife Sandra (Durocher) Cuthbert. Tim was born in Staten Island, NY, graduated from Silver Lake High School, and joined the United States Coast Guard, serving proudly from 1977 to 1985. Tim deployed to Alaska and patrolled through the Aleutian Islands on the Bering Sea, later carrying the ideals of selfless service into civilian life and inspiring three of his children to later serve our great nation. Following his service, Tim went on to work as a flight mechanic, where he was drawn towards the skies, falling in love with flight, and earning a rating as a commercial rotary wing pilot. Tim went on to fly thousands of hours in the UH-1 Huey as the Director of Operations for Northeast Helicopters. He later served as an Aircraft Maintenance Technician and Pilot for the Massachusetts State Police Air Wing for over 18 years, quickly earning a reputation for his magnetic personality and incredible control touch in the aircraft.

Tim will be remembered as the ultimate family man and a loyal friend to anyone who was lucky enough to be in his circle of trust. Tim was a definite man's-man who cherished his time with his many friends. Dubbed as "Mr. Fix-it" by his children, Tim was a DIY master. From replacing the brakes on his wife's car, to building his own home, Tim could do it all. He was a proud member and self-proclaimed founder of the Souther's Brothers golf group and "The Man Club," specializing in Coors Light, hot wings, and watching football. Tim was an incredible Patriots fan who never missed a game. As a member of Souther's Marsh Golf Club, Tim created his own Dynasty, winning the club championship 5 times during a 6-year run from 2010 to 2015.

Tim was a true gentleman in every regard, a rare chivalrous man in every aspect, and the example of empathy and care for all to follow. He had an incredible way of never overlooking the small details that made those in his life feel loved and cared for. He always opened the car door for his wife and kids, always had a drink and a warm meal ready for a visitor, and had a knack for giving the best advice to friends and family no matter the situation. Tim's character reflected in all of his actions. He was steadfast in his ideals and morals, and his loyalty unmatched. He undoubtedly had a positive and lasting influence on all that were lucky enough to meet him.

Tim's family would like to thank the countless individuals who have supported us throughout the past two years. Specifically, they would like to express their deepest thanks to the following people: Nina Schneider, Nancy Jesse, Mark Bradley, Kevin Bradley, the West Roxbury VA medical team and ALS Clinic, and Jessica Ribeiro from Beacon Hospice.

Tim was dedicated to the well-being of those around him, putting the needs of others before his own without hesitation. In keeping with Tim's selfless spirit, a private service and interment at VA National Cemetery in Bourne, MA will be held on Wednesday 3/18/20 in response to the safety recommendations of the CDC related to the current national pandemic. A memorial for friends and family will be planned at a later date, once the circumstances currently affecting our nation have subsided. Donations in Tim's memory may be made to the VA Boston Healthcare System via https://www.volunteer.va.gov/apps/VolunteerNow/
To order memorial trees or send flowers to the family in memory of Timothy Francis Cuthbert, please visit our flower store.