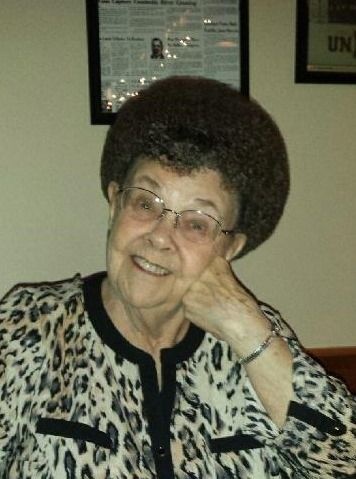 Virginia I. (Curler) Murphy, 91, a longtime resident of Stoughton, died Tuesday, November 27, 2018, at the LifeCare Center of West Bridgewater after a short period of failing health. She was the wife of the late William C. Murphy. Born in Wilmington, she was raised and educated in Wilmington and Jamaica Plain. She was a resident of Stoughton for over 50 years. She was a dedicated homemaker and mother. In her free time, she enjoyed traveling to Twin River Casino, dining out with friends, shopping and spending time with her family and her dog "Cutie".

Mrs. Murphy was the mother of Marion V. Ilacqua and her husband the late Anthony Ilacqua, Sr. and Bob Murphy and his wife Kathleen of E. Bridgewater. She was the sister of Theresa Fisher of Stoughton and the late Robert Orton and James Orton. She is also survived by her sister in law Arlene Murphy of Braintree, brother in law Harold Fisher and her grandsons; Michael Murphy and Timothy Murphy. She is also survived by several nieces and nephews.

Funeral Prayers will be held from the Farley Funeral Home, 358 Park St., (Rt. 27) Stoughton on Saturday, December 1, 2018, at 11AM. Visiting Hours prior to the prayers from 9-11AM. Interment will take place at Gethsemane Cemetery, West Roxbury. Donations in her memory may be made to Old Colony Hospice, 321 Manley St., W. Bridgewater, MA 02379.
To order memorial trees or send flowers to the family in memory of Virginia I. (Curler) Murphy, please visit our flower store.
Send a Sympathy Card