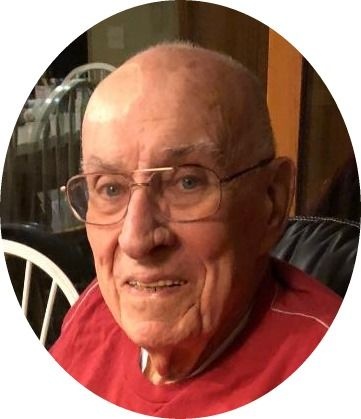 Walter H. Johnson, 88, died Tuesday, May 14, 2019, at the Good Samaritan Medical Center in Brockton. He was the husband of 57 years of the late Dorothy A. (Maguire) Johnson. Born in Dorchester, he was raised and educated in the Ashmont Section of Dorchester and was a graduate of the Dorchester High School for Boys. He was a proud Veteran of the US Navy, Vietnam Veteran and member of the Seabees M.C.B.12.. Mr. Johnson was a resident of Easton for the past 20 years, previously spending over 45 years in Stoughton. He worked as the Director of Operations for the Sharon School System for over 15 years, retiring at age 71. Prior to working in Sharon, he worked in the same capacity at the Carney Hospital in Dorchester for over 26 years and the Goddard Hospital for several years. While living in Stoughton, he served on several boards and was very involved in town politics serving as a Selectman for over 15 years and member of the Board of Health. He was a member of the VFW Post #328 in Stoughton and was the Past Grand Knight at the Knights of Columbus, Council 200 in Stoughton. He was a US Navy Plankowner and was a crewmember for the commissioning of the US Naval Mobile Construction Battalion 12. In his free time, he enjoyed the ocean, reading, watching Jeopardy, boating and spending time in Dennisport with his beloved family and faithful furry friend Bristol.

Funeral will be held in the Farley Funeral Home, 358 Park St. (Rt. 27) Stoughton on Saturday, May 18, 2019, at 8:45 AM, followed by a Funeral Mass at the Immaculate Conception Church, Easton at 10 AM. Visiting Hours Friday from 4-7 PM. Interment will take place at Knollwood Memorial Park, Canton. Donations in Walter's memory may be made to St. Jude Children's Research Hospital, 501 St Jude Place, Memphis, TN 38105 or the Vietnam Veterans of America, 8719 Colesville Rd., Suite 100, Silver Spring, Maryland 20910, or at vva.org.
To order memorial trees or send flowers to the family in memory of Walter H. Johnson, please visit our flower store.